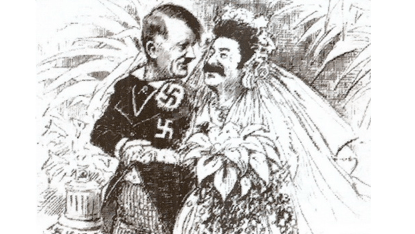 END_OF_DOCUMENT_TOKEN_TO_BE_REPLACED

While verifying some of the claims made in pages 2 and 3 of John Taylor Gatto’s Weapons of Mass Instruction I caught myself wondering why a Nobel Prize winning eugenicist’s August 1939 presentation of a Geneticists’ Manifesto was only vaguely referenced in the most prominent online biographical articles that turned up in my research.  I suspected that there might be something alarming in the text that some might want to leave forgotten.

Fortunately, the full text of the Herman Joseph Muller’s Social Biology and Population Improvement (commonly referred to as the Geneticists’ Manifesto) is available online.

A Quick Historical Background: Hermann Joseph Muller attended the Seventh International Congress of Genetics in late August of 1939.  While enjoying the stimulating company of the leading eugenicists of his day, Muller presented a paper that offered an answer to the question of how the world’s population could be “improved most effectively genetically.”  Muller’s paper was enthusiastically endorsed by his peers, not least among them the ever-meddling Julian Huxley.

Unpacking the Horrors: Below you will find brief summaries of some of Muller’s most poisonous ideas.  The complete text of the Geneticists’ Manifesto follows.  I’ve inserted bracketed numbers in the text that correspond with my summaries so that you may test the accuracy of my interpretations.

2.) Humans need a powerful world government that can protect them from themselves.

3.) It will be taken for granted that women’s reproductive duties will complement their role of providing a cheap source of labor in a planned economy. Societal and economic realities will be recast so that it will be easier to keep women away from their homes and children.

4.) It will be necessary to safeguard superior breeding stock through permanent sterilization and abortion.  Fortunately, once properly conditioned, genetically inferior potential parents will consider it an honor to step aside so that the “best children possible” can be bred by those whom evolutionary progress has separated from evolutionary offal.

5.) Citizens of the world must be taught a scientifically correct philosophy concerning eugenics.  (Devotees of Lamarck could threaten everything.)

6.) The idea that an individual can pursue personal “success” should be viewed as a threat to the advancement of the good of peoplekind at large.

7.) Universal genius will become a birthright. (This only sounds good on the surface.)

A One Sentence Summary of the Paper: A more perfect humanity is our destiny, but in order to reach it we must first hand over control to a benevolent global leadership that is necessary to guide and protect us on our journey to becoming gods.