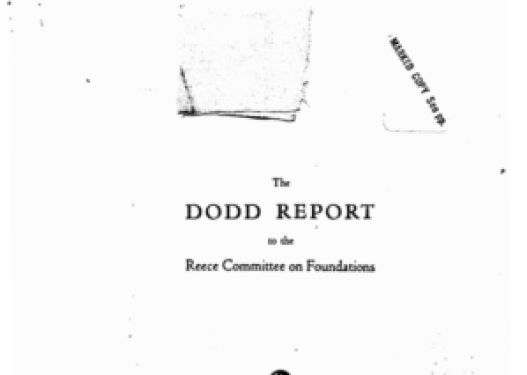 Part I of Congress Investigated the Secret Puppet Masters confirmed that the Commission on Industrial Relation’s 1916 report found evidence that the leading American philanthropic foundations were using their funds to gain control over American citizens, with the takeover of public education being only one means of achieving this larger goal.

Part II will examine the published findings of Norman Dodd, the research director for the Reece Committee.

The Dodd Report, published in 1954, presented the findings of the Reece Committee that continued the investigative work that was begun by the Cox Committee in 1952.

∙The takeover of American educational institutions by the foundations in the early 20th century conditioned the American to the extent that they were not unduly alarmed when the Executive Branch of the Federal Government made its power grab during the 1930s.

∙Many of the responsibilities of providing public education were centralized, limiting the oversight of local communities. 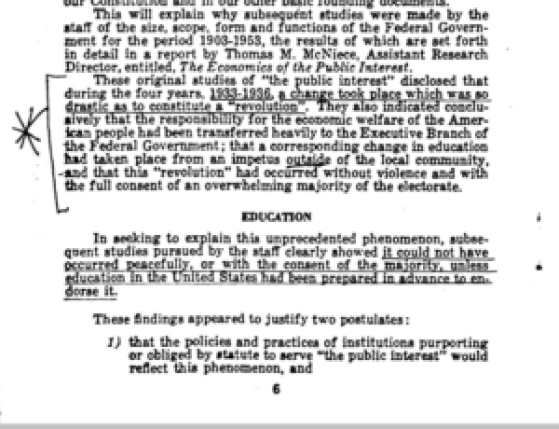 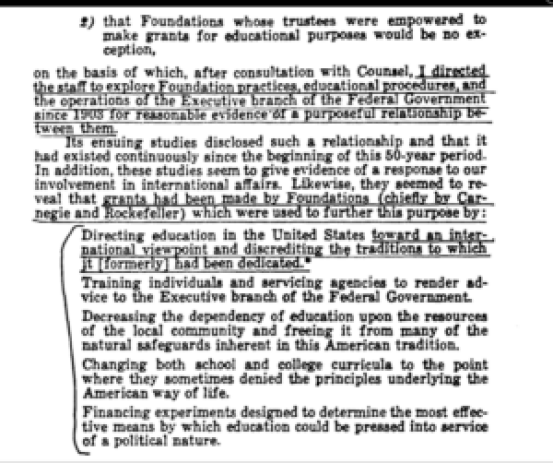