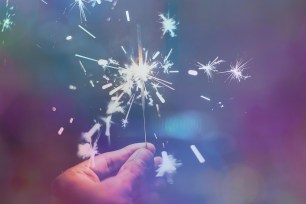 Our world is filled with problems.  Many of them seem so unfixable that millions of Americans have begun to lose hope in a better tomorrow.  Rather than give in to the fearful messages of doom heaped upon us by the media, along with well-meaning Facebook friends, let us take a moment to reflect upon something that we can hold close to our hearts as whatever it is that causes the lengthening of days to happen brings us nearer to the light of spring and a new beginning.

The Lesson of the Rubik’s Cube

In 1980 the world was presented with a problem that was widely perceived to be so difficult to put right that most attempts to do so were written off as futile before their undertaking.  The ability to solve a Rubik’s Cube was accepted to be beyond the power of most of the greatest human minds.  This conception became so heavily cemented in our collective psyche that the myth was prominently featured in the plot of a Will Smith movie.  For a quarter of a century, the only time that average and modestly gifted people ever saw a “completed” Rubik’s Cube (without removing the stickers) was when somebody bought a new one.  Of course, that is not to say that there were not countless tales of solutions that got away.

Looking back, I suspect that the “I was only square away from solving the whole thing” stories were nothing more than lies told by smart guys whose egos were bruised by the discovery that they lacked the mental strength to pull the metaphorical sword from the stone.  I never saw one of those nearly finished puzzles, but I can recall many instances of seeing completed faces of the cube prominently displayed in homes.  They sat on shelves and end tables, tied to invisible trip wires that would set off unwanted conversations about the attempt-in-progress if ever touched by curious hands.  It was no wonder that Rubik’s Cubes eventually wore out their welcome and disappeared from living rooms across America.

Years went by.  The baton of conditioned learned helplessness that was ingrained in the minds of the first generation of Rubik’s Cube users was not passed on to children born in the ‘90s and ‘00s.  The puzzles that once tested the utmost limits of the reasoning capabilities of college graduates literally became child’s play as speedcubing became a popular sport among geeky twelve-year-olds who knew how to search for solutions to the puzzles on YouTube.  Not only can children now solve Rubik’s Cubes quickly, they can do so single-handedly, blindfolded, and with their bare toes.  Surely, there are no obstacles in our path that cannot be overcome save those that we set for ourselves.  Perhaps now the future really can be so bright that we’ll have to wear shades 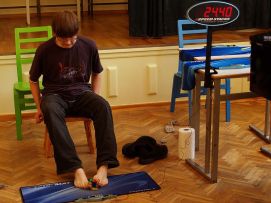