Did Professor Arthur W. Calhoun really want agencies of public education to “check the mating of the unfit?”  Here’s some of what he had to say in his  A Social History of the Family from Colonial Times to the Present: 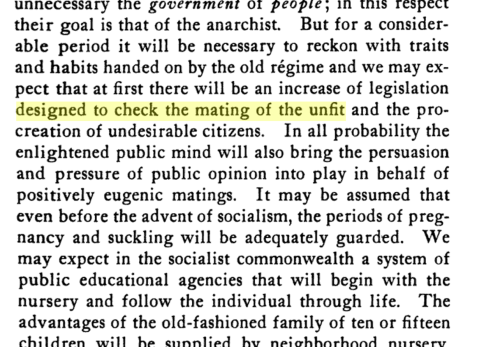 In Case You Missed It: Calhoun wanted Congress to pass laws that would stop the “procreation of undesirable citizens.”  Presumably, the protection of “positively eugenic matings” would be achieved through sterilization.

Calhoun advanced his position just a few short years before  Margaret Sanger voiced her advocacy for the “sterilization of the insane and feebleminded” as one of the aims of The American Birth Control League.  (Eugenics was the height of intellectual fashion at the time.) 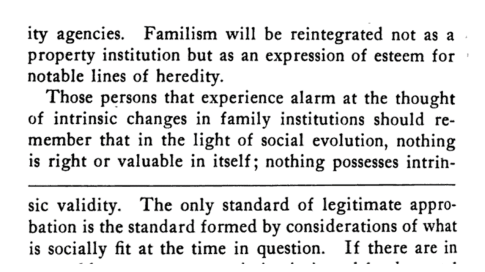 Familism: a social pattern in which the family assumes a position of ascendance over individual interests (Merriam-Webster)

In Case You Missed It: Calhoun envisioned a future in which “notable lines of heredity” would experience family as a luxury granted to them by the privilege of their high standing in society.

My Personal Opinion: Arthur W. Calhoun wasn’t one of the good guys.